On the waterfront of Corio Bay Geelong, the Royal Geelong Yacht Club is one of Australia’s most successful yacht clubs.

The Royal Geelong Yacht Club welcomes sailing and social patrons alike. The clubrooms offer a cafe and a fully licensed bar. The Royal Geelong Yacht Club prides itself on being a family club, with generations of families have contributed to the rich culture that the organization now enjoys. Following the huge success of the “Geelong Regatta; now known as the “Festival of Sails, which was first held on Corio Bay in 1844, the enthusiastic organizing committee unanimously voted for the formation of the “Geelong Yacht Club in 1859. Later on the 27th Day of March 1924, the Club was granted a Royal Warrant and became the Royal Geelong Yacht Club. From these humble beginnings, the club has grown to be the home to the best sailing experience you can have, with over 1100 Members ranging in age from 5 to 90. Being an innovative club, strategic to introducing sailing to the community and strengthening the membership base is always uppermost in planning the way ahead. The Royal Geelong Yacht Club has made a major commitment to Discover Salling and continues to develop youth involvement. 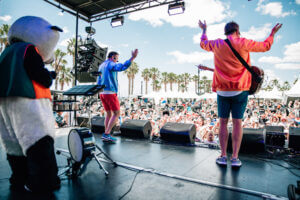 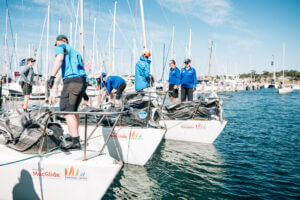 On behalf of the Royal Geelong Yacht Club, I would like to warmly welcome all sailors, officials, volunteers, support staff and guests to Geelong for the 2022 Festival of Sails. We also thank our major sponsors, the State Government of Victoria, and the City of Greater Geelong for their assistance and ongoing support for the event.

The Festival of Sails is always a cornerstone of our Australian Sailing calendar. Not just an opportunity to enjoy the world class sailing that Corio Bay offers, but also a chance to catch-up and spend time with old friends. Our theme for 2022 will be ‘The Reunion’, as we know there is significant enthusiasm from our community to gather together and reconnect.

In 2022 we will celebrate the 179th anniversary of the Melbourne to Geelong Passage Race, to be held on Saturday 22nd January. This will be followed by an additional 3 days of high-octane racing on Corio Bay and festivities shoreside at RGYC and the Geelong Waterfront. The racing schedule will include the State Championships for our new double-handed series, and we will also welcome back the Melges 24 State Championships.

In addition to our Sailing Regatta, the Festival of Sails attracts tens of thousands of people to enjoy the Australia Day festivities along the Geelong Waterfront. With live music, market stalls, roving entertainers, food trucks, and plenty of free family friendly activities, there is something for everyone.

Whether you are a sailor or a spectator looking for some fun with the family, there is no better place to be than the Festival Of Sails on Geelong’s waterfront in January. We look forward to welcoming you, your crew and family back to Geelong in 2022 for ‘The Reunion’.

As a city built around its waterfront, Geelong and sailing are the perfect pairing.

Our north-facing bay is a world class sailing destination, made even better of late thanks to the great work of the Royal Geelong Yacht Club and recent improvements through the Waterfront Safe Harbour Precinct project – funded in partnership with all levels of government.

And while we are capable of hosting international sailing events of the most elite standard, the Festival of Sails stands alone for its history, size, and the important place it holds on our annual events calendar.

The City of Greater Geelong is proud to be supporting the 2022 Festival of Sails via Geelong Major Events funding, and delighted to see it back after a forced cancellation last year.

The festival guarantees the Australia Day holiday period will be one of colour and excitement on our waterfront – supporting local business and bringing our community together in a positive way.

In a challenging environment, the Royal Geelong Yacht Club has done an amazing job to pull together an outstanding schedule, including the introduction of ‘Gigs by Festival of Sails’ – bringing live music to venues across Central Geelong.

The Council is pleased to be funding a free fireworks display on opening night (Saturday 22 January) as a spectacular way to kick off five days of sailing, entertainment and family friendly fun.

Congratulations to everyone involved, and to all of those participating in this year’s festival: we hope you have a great time.

The Royal Geelong Yacht Club’s Festival of Sails is the largest yachting event in Australia and the biggest keel boat event in the southern hemisphere. We welcome your interest in becoming involved in this exciting, highly regarded event held in the heart of Geelong in January every year.

The marquee event is the Passage Race from Melbourne to Geelong, a spectacle without peer. This race celebrated its 178th anniversary in 2021, and while COVID-19 meant that the Festival of Sails was cancelled, the Passage Race  ran on 24th January 2021.

Our loyal sponsors have continued to support us through this very trying period, and we encourage you to support those businesses below that allow us to run this fantastic event.

We thank our loyal sponsors who continue to partner with Festival of Sails. 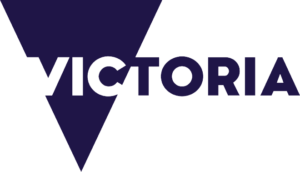 Visit Victoria is the primary tourism and events company for the State of Victoria in Australia. 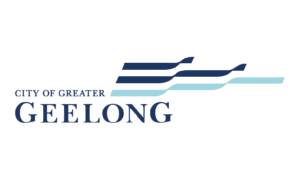 The City of Greater Geelong supports a broad range of events across our region, from major events to community festivals.

Geelong is Victoria’s largest regional city and our municipality is home to more than 252,000 people.

The City supports events as they deliver measurable economic benefits to our region, market Geelong outside the municipality, and enhance community life and participation for residents and visitors.

National Marine Wraps has the answer for all of your marine craft needs. Eco-friendly fouling which contains NO biocides and will keep the water we love healthy and clean for time to come. Custom boat wrap, internal and external, whatever your taste is. As well as basic boat names and registration numbers to keep you to code. We have a solution for you. We are aiming for the best service and solution for all Australians who love their ocean.

MUSTO is the world’s leading sailing brand and a British leader in shooting and equestrian sports. Find the best performance outdoor clothing at Musto.

Established in 1995, Leura Park Estate has firmly established itself as a renowned producer of premium cool maritime climate wines. Leura Park Estate wines are 100% estate grown and predominantly hand picked. A commitment to grape integrity, voice and ‘methode traditionelle’ is showcased in a stable of wines boasting a distinctive and delightful French-style subtlety.

As Australia’s largest provider of boat insurance with over 50 years experience, we have insurance policies to suit your boating lifestyle.

Partner with local experts to better your business. At Optus we’re committed to helping every Australian business have the confidence to say ‘yes’ more often. Built to provide support to small to medium sized businesses, our Optus Business Centres offer tailored assistance and solutions to help businesses make sound decisions.

A Passion For Sailing B&G has been at the cutting edge of sailing innovation for 50 years. Whether you’re motivated by the thrill of your next race or a passion for cruising, our electronics are designed for you. Our racing heritage gives us an unrivalled platform for developing new technology, which is put through its paces by the world’s best, in the most challenging conditions. You’ll find B&G powering Grand Prix victories and inspiring the adventures of cruising sailors. 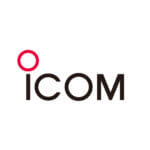 A marine radio is one of the most important safety tools on board any vessel. Icom’s range of VHF and HF marine transceivers offer innovations such as buoyancy, submersible construction, tough military design and AIS receive capabilities. Technical superiority and quality workmanship are the renowned Icom marine radio hallmarks that make boating enthusiasts look no further.

Passionfolk exists to help businesses to flourish by unlocking and nurturing customer passion. This comes down to using insight and imagination to create well-shaped, well-connected brands. At Passionfolk we combine our big-brand marketing experience with a boutique business approach. Our clients access top-quality marketing and communications management as they need it, rather than having to increase their senior head count.

Victorian Regional Channels Authority manages commercial navigation in the port waters of Geelong and Hastings and is responsible for the safe and efficient movement of shipping in port waters, providing direction and control of the movement of ships, and maintaining shipping channels and navigation aids. VRCA also oversees channel management for the Port of Portland and coordinates the Port Development Strategy for the Port of Geelong.

The Festival of Sails combines history with tradition; heritage with technology; tactics with teamwork.

First held in 1844, the Festival of Sails has consistently attracted the highest calibre of sailing craft and crew, family and friends, attracting over 100,000 visitors every January, held at the Royal Geelong Yacht Club (RGYC) and along Geelong waterfront.

In 1997, the successful merger of the Geelong Waterfront Festival and RGYC’s historic Australia Day Regatta saw the beginning of a new major event in Victoria – the Festival of Sails. The Festival of Sails is strongly supported by the Victorian Government and the City of Greater Geelong, along with several other stakeholders.

Festival of Sails is particularly famous for its Melbourne to Geelong Passage Race – the oldest sporting event in the Southern Hemisphere – which kicks off the festival each year.

Established in 1859, Royal Geelong Yacht Club (RGYC) is one of the oldest sailing clubs in Australia and situated in the premier position in the heart of the City of Geelong. RGYC is located on the land of the Wadawurrung people, who have inhabited it for over 25,000 years.

RGYC’s exquisite setting and world-class facilities ensure members and visitors alike can enjoy the club, the location, and all the entertainment, restaurants, accommodation, supermarkets and specialty shops that are conveniently within 200m walking distance.

RGYC is a leader in regatta and event management, hosting Festival of Sails annually as well as the biennial Wooden Boat Festival of Geelong. RGYC has also hosted several World, National and State Championships at the club.

From major events, social activity and action both on and off water, RGYC has something for everyone to enjoy. The onsite Cafe & Catering Operators – The Yot – also offer fine food for your enjoyment. Tailored function bookings are also available via The Yot.

Notably, RGYC was named the 2020 Australian Sailing Club of the Year and in 2021, achieved a 4 Gold Anchor rating in the Marina Industries Association Gold Anchor International Rating Scheme.